From all accounts, it appears that, yesterday, Robin Williams took his own life.

His legacy will be well remembered in his films and by the millions of people touched by his roles.  His comedic genius will be missed.  Rather than focus on remembering the joy that he brought to so many, however, I feel compelled to focus on what we can learn from his death.  I believe that light can be found in even the darkest of tragedies and that it is up to each of us to make sense out of the senseless.

For most people, Robin Williams was little more than an incredible comic.  They never looked past that outward persona to see what was really going on inside.  Like many comics, Robin Williams experienced a lifelong struggle with depression, even turning to substances to dull the pain.  For me, this really touches home. 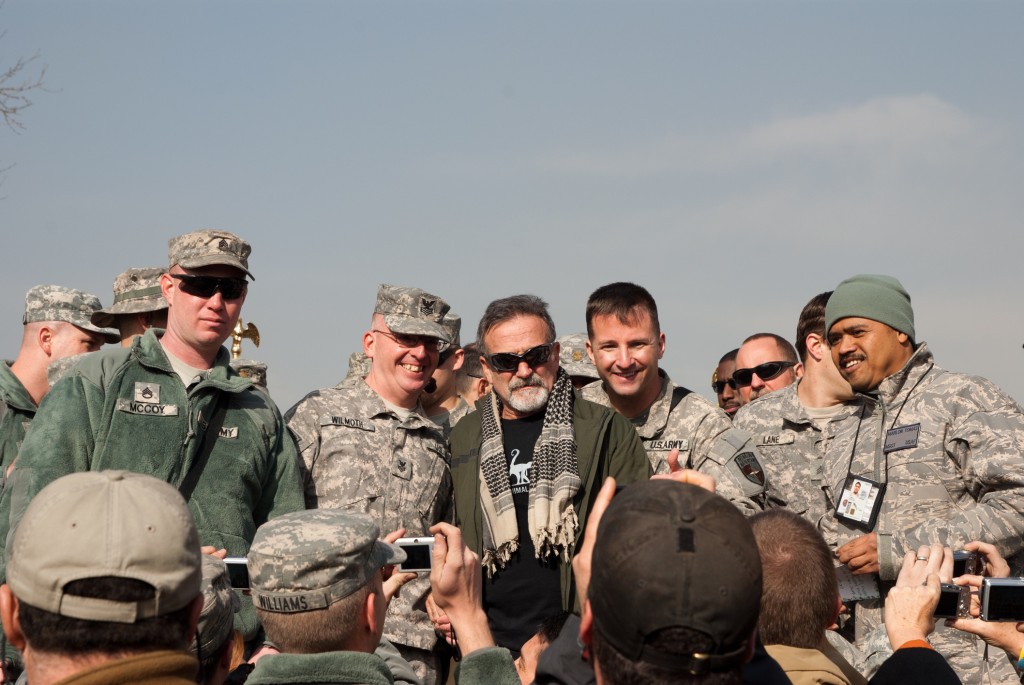 Soldiers are often placed in the worst situations and live in pain that few can imagine.  We somehow manage to push through with smiles on our faces.  Unfortunately for many of us, that pain (both emotional and physical) continues well beyond the battlefield.  We struggle daily to cope, but most of us do so with smiles on our faces, laughing away the pain and hiding it from those around us.

We might be the life of the party.  We might just be standing in the crowd.  We might be off doing our own thing.  One thing is for sure, unless you look deeper, you won’t really see us.  When you don’ t really see us, that’s when the problems really get started.  When you don’t see us, you aren’t going to be able to help and, for the most part, we are too proud to ask.

Why are we too proud to ask?  Is it a sign of weakness?  Are we certain that you won’t understand?  Are we afraid of losing the only relationships that keep us distracted from ourselves?  Does it even matter?

Robin Williams death is a powerful reminder that, left unchecked, depression (and other mental disorders like PTSD) can, and do, lead to suicide.  So many of our troops and veterans have succumbed to this fate and it’s sad that so many who have given so much are left to waste away.  These once proud, strong, young men deserve better.

In life, Robin Williams was a major supporter of our troops, helping to lift their spirits by touring with the USO for more than a decade.  He gave them a temporary reprieve from their own pain.  I imagine that, at this moment, he’s in a better place, cracking jokes with those soldiers who have also succumbed to the pain.  He leaves the world behind him a little sadder, but I’m sure that where he’s at now is just a little better.

« Peachy Summer Days
Capturing Your Restaurant Meal in the Dark »