Throughout February, I’m focused on creating different breads and I can’t think of a better opportunity to test your bread-making skills than to bake a sweet treat in the form of a Cinnamon King Cake.

King Cake is a treat that is part and parcel with the Mardi Gras celebration  (read more about that here). With it being so hard for me to find King Cake where I live in central Virginia, I decided a couple of years ago that I needed to start making them myself. Over the years, I’ve developed a light fluffy recipe that is perfect for celebrating with my friends and family. 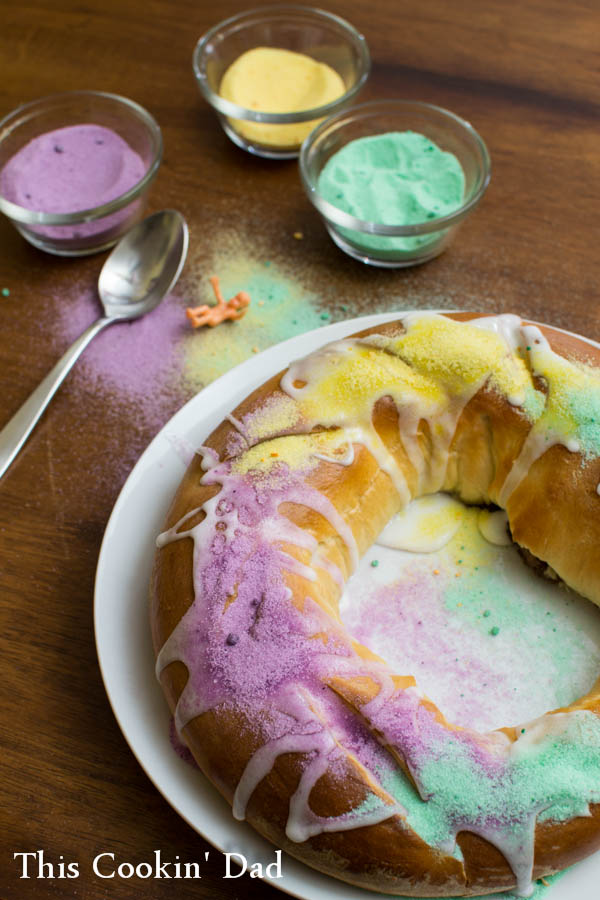 To get started, I slowly heat some buttermilk and a little butter on the stove. 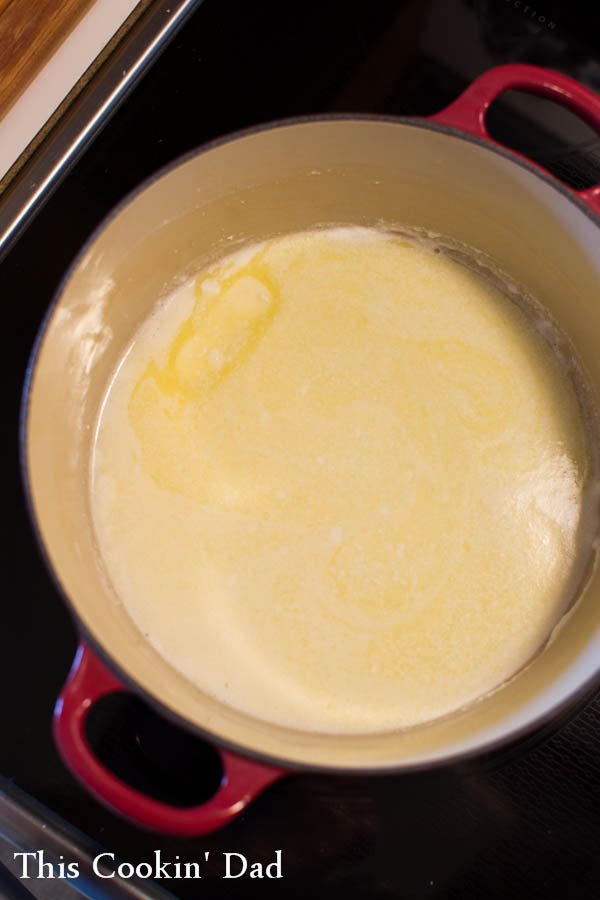 After it cools a bit, I add to a mixture of yeast, warm water, and sugar before adding egg, salt, and more sugar. Once that’s combined, I begin to add flour a little at a time. 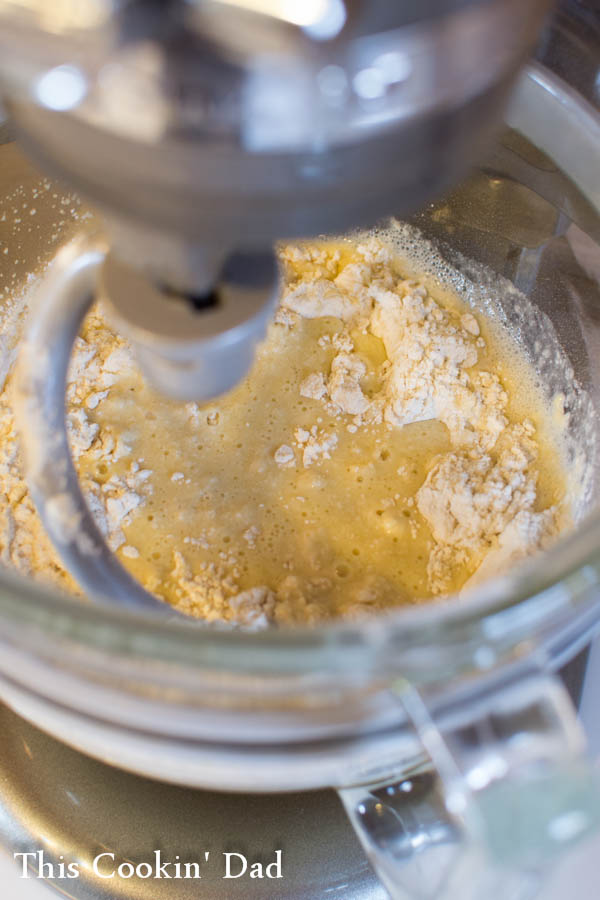 Once all of the flour is added, I let the mixer do the work. What starts as the loose mixture becomes a small ball of sticky dough. 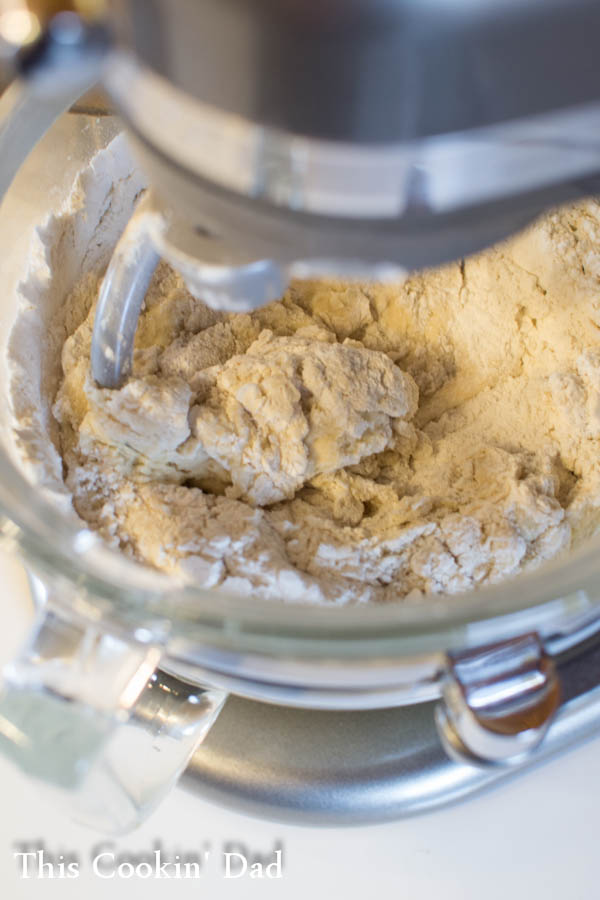 As the dough hook does it’s work, the small ball soaks up the rest of the flour in the workbowl, becoming a shaggy dough… 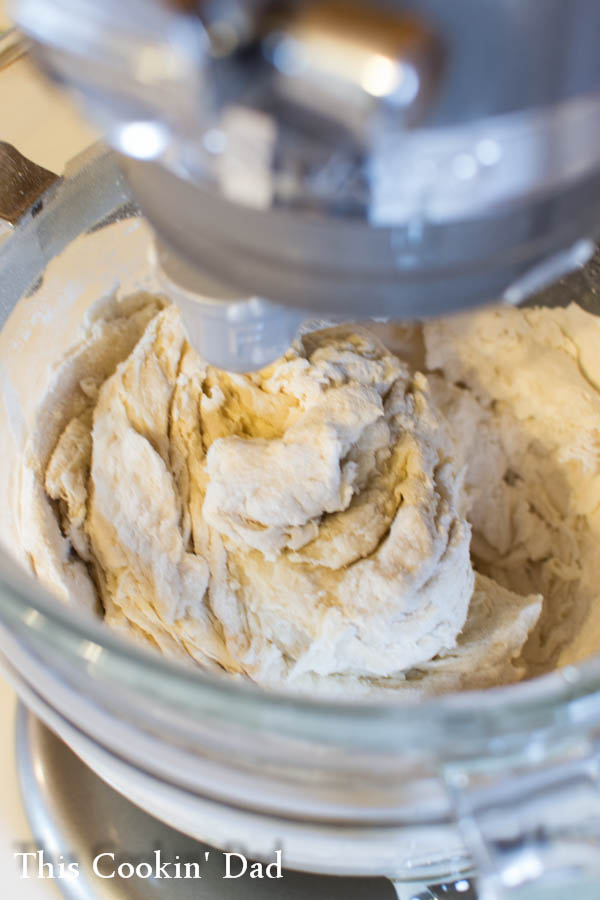 …and, eventually, a smooth ball of dough that is ready to rest and rise for a couple of hours. 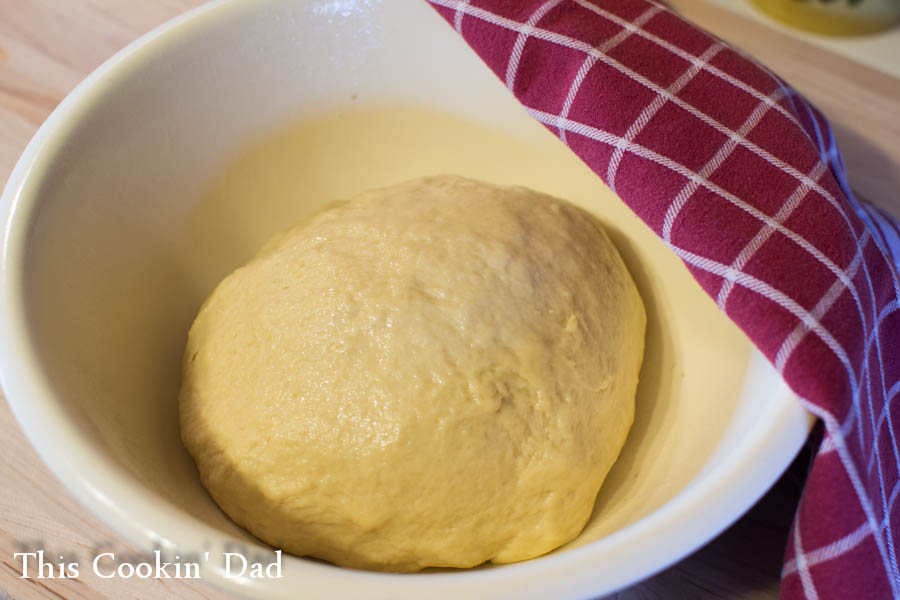 Once doubled in size… 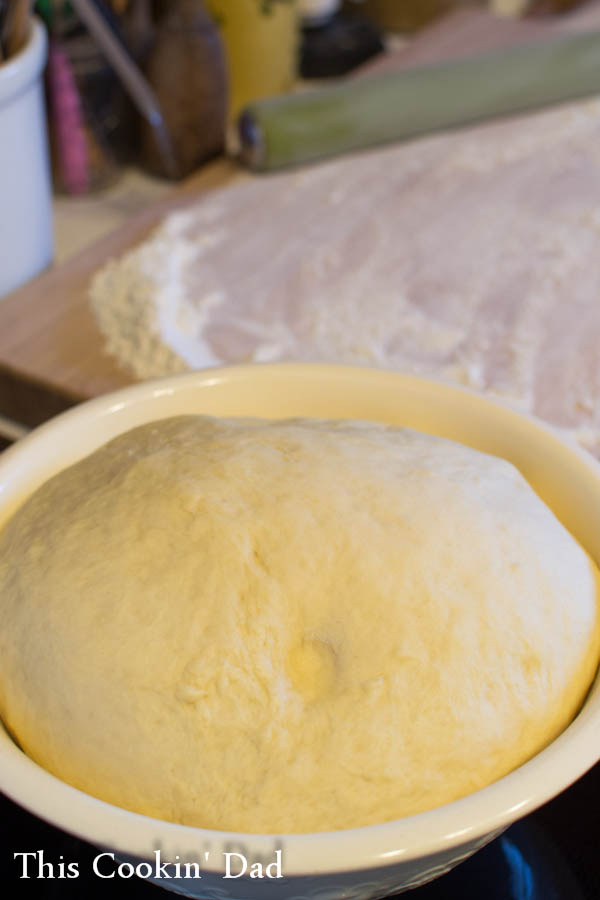 …punch the dough down and divide it in two. 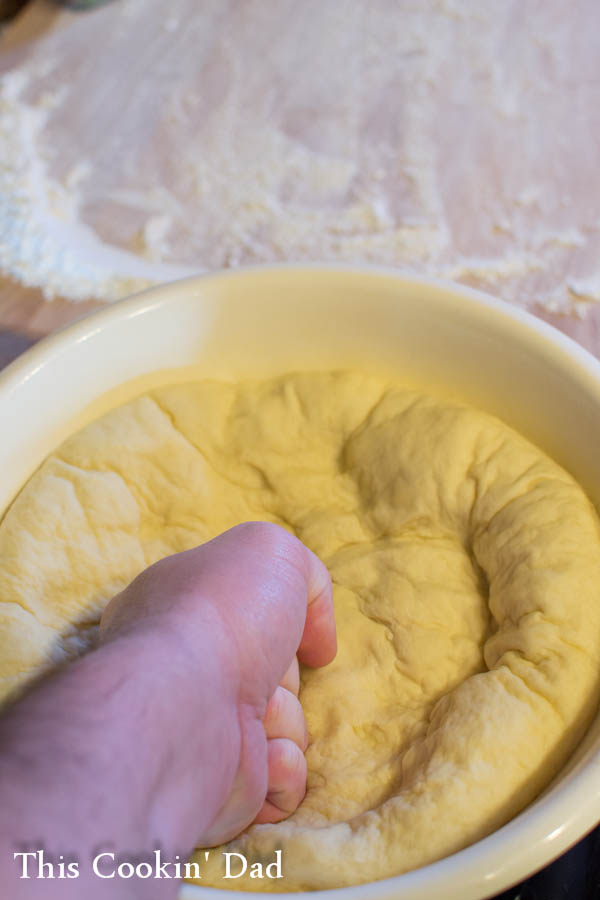 On a floured surface, roll the dough into a large rectangle… 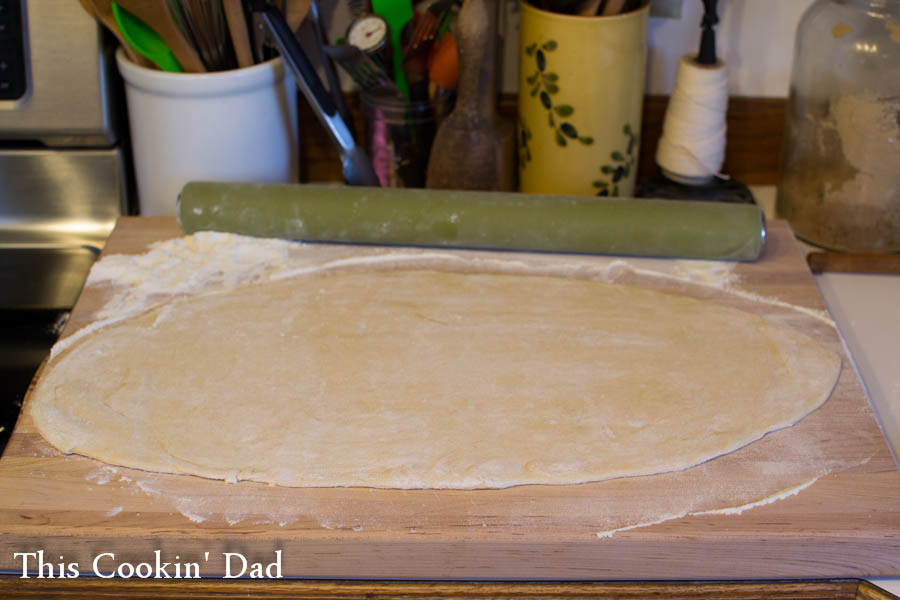 …sprinkle on the filling… 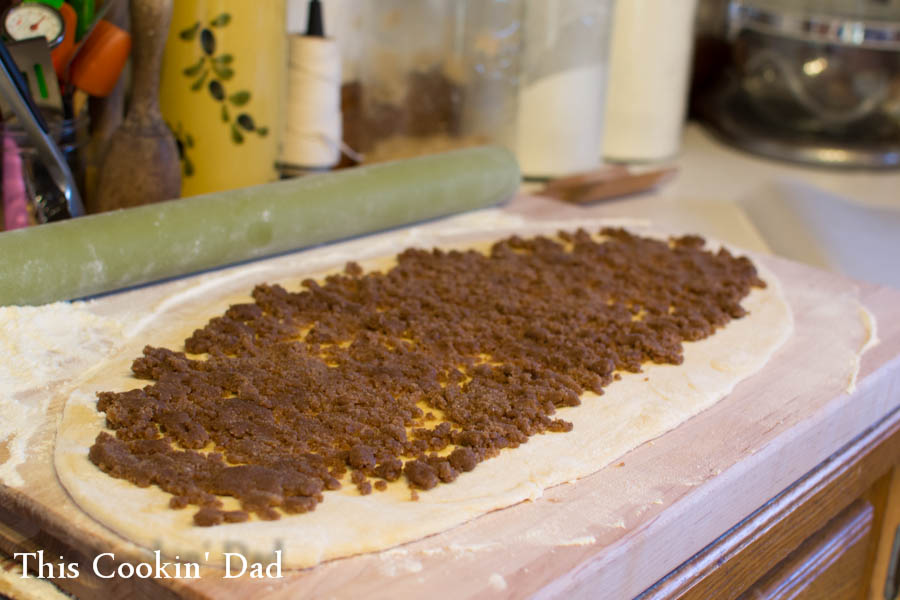 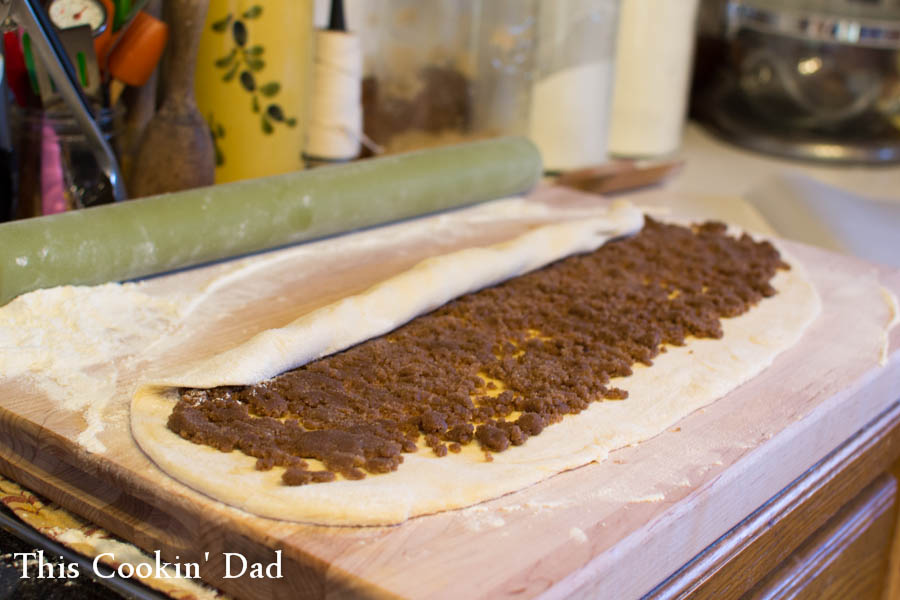 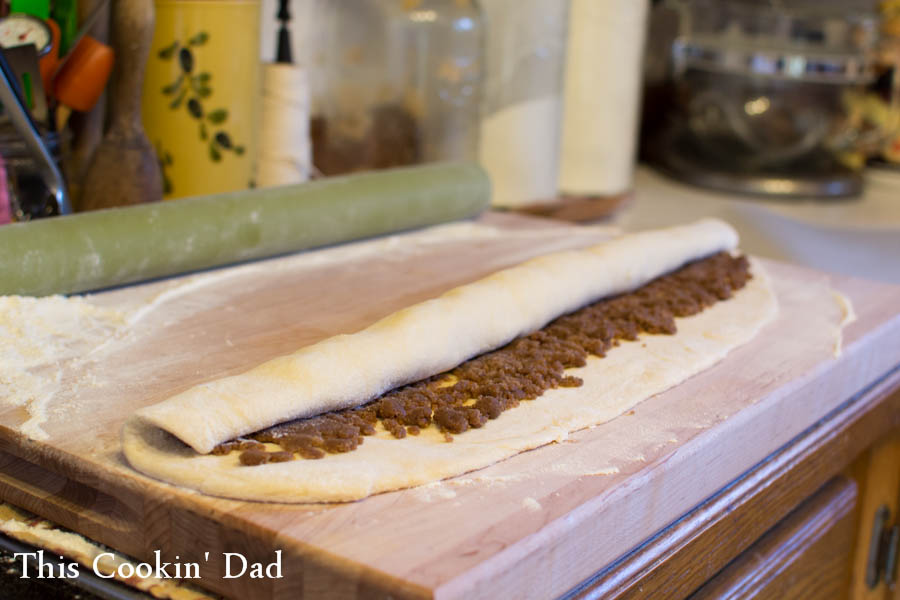 …roll it, pinching the seam with a little water to help keep it from splitting during cooking. 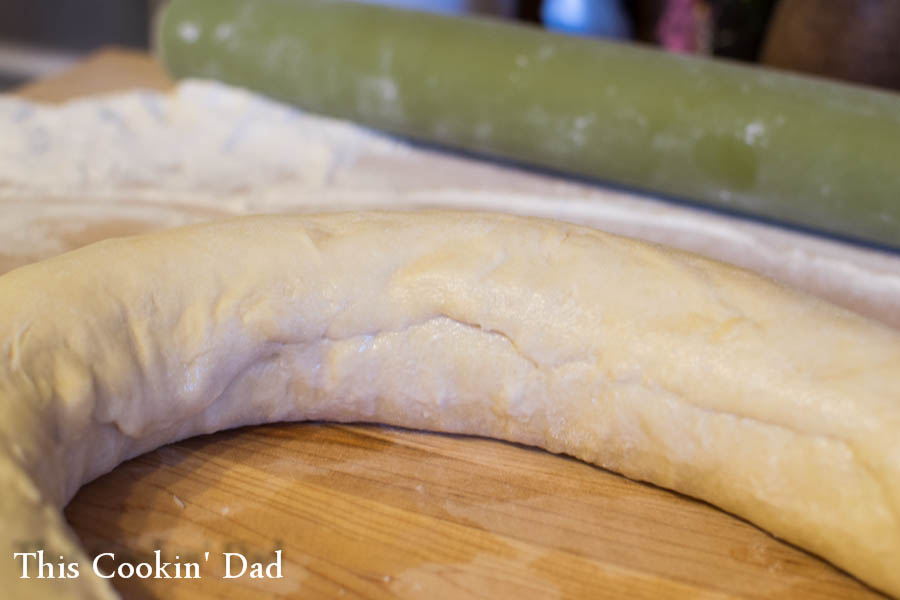 Place it on a prepared sheet tray, cover with a towel and let it rise for another hour. 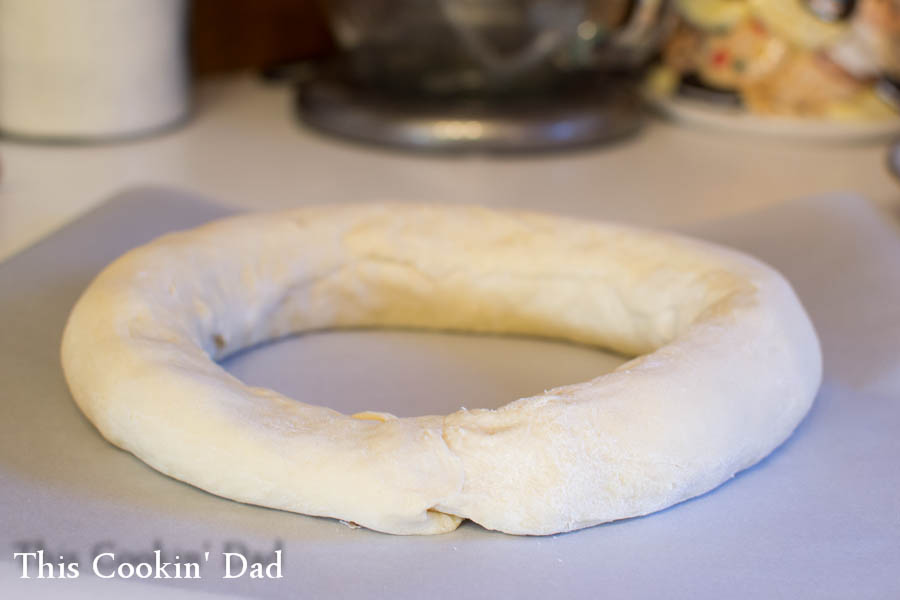 After a trip to the oven and a chance to cool for a bit after baking, drizzle it with icing and sprinkle colored sugar over top of the whole darned thing. Shove that baby in through the bottom and get ready to share a perfect Mardi Gras treat with all of your friends and family.

At the end of the day, my King Cake is basically a big, round cinnamon roll. Since my recipe makes a double batch of King Cake, I’ll take the second half of the dough and, instead of forming it into the big round, I’ll cut off the ends… 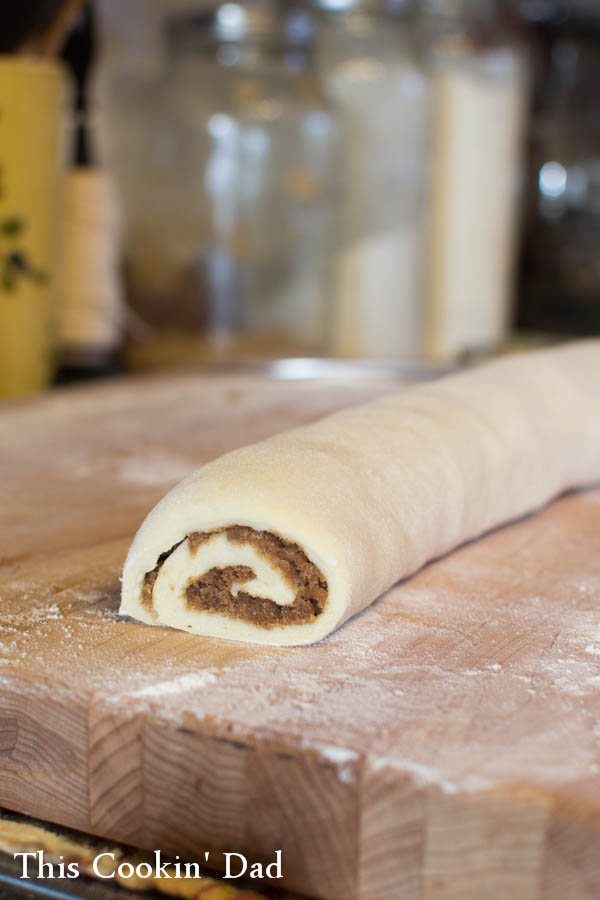 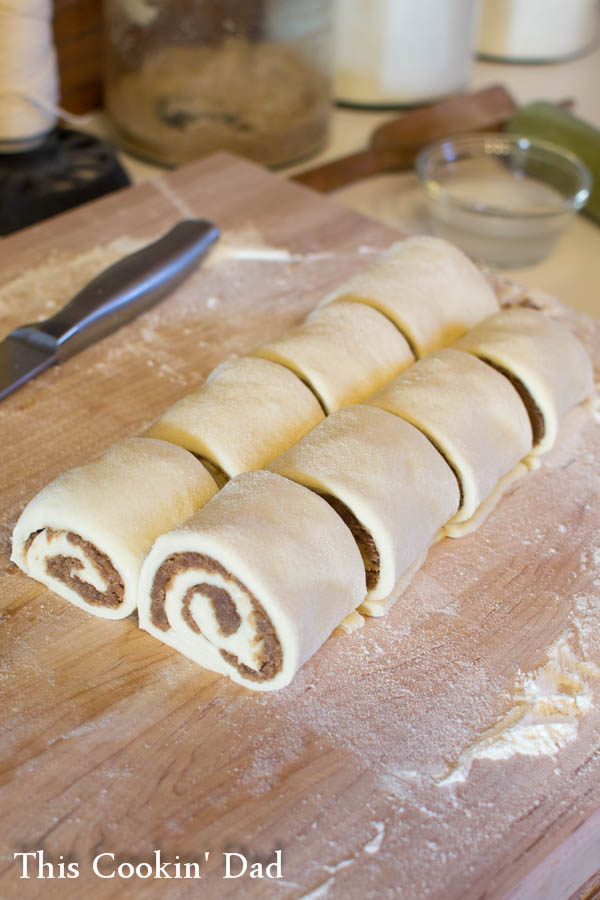 …and place into a prepared 9-inch cake pan. Bake right away or cover with a towel in the fridge overnight. 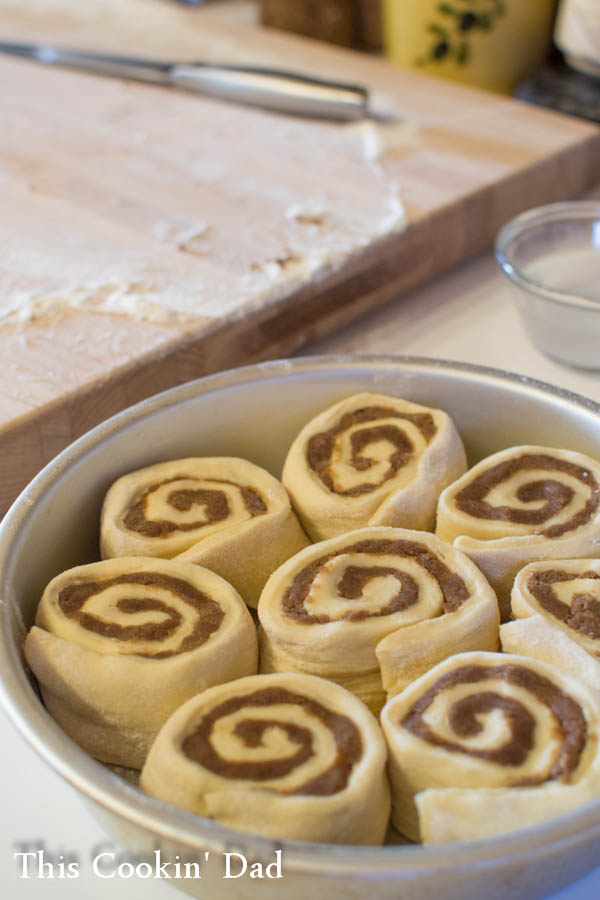 Of course, we still douse them in icing and sprinkle with our festive Mardi Gras colored sugars! Enjoy! 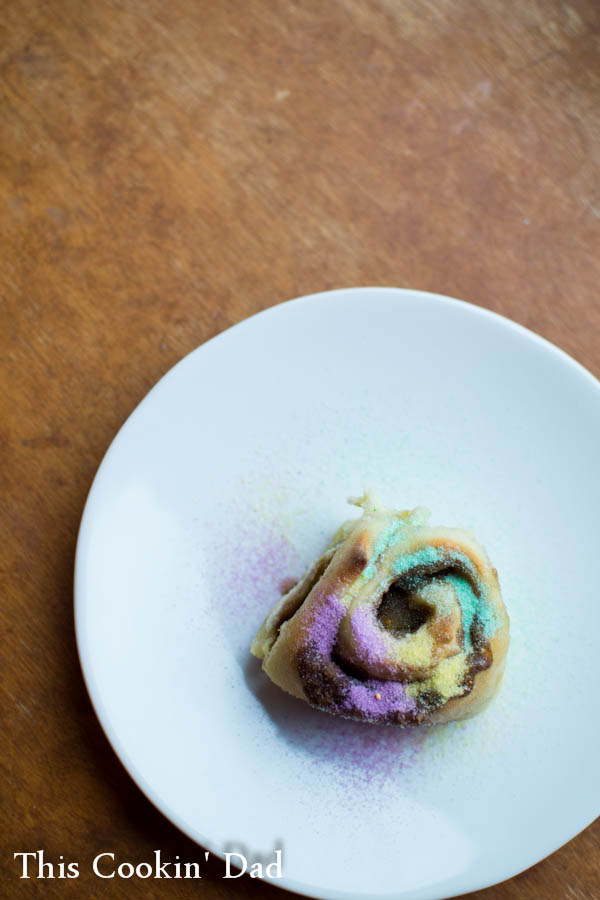 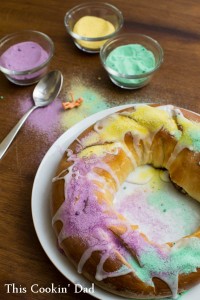 Print
King Cake can be made with any number of fillings. For me and my family, cinnamon is the clear favorite!
Author: Brian
Recipe type: Dessert
Ingredients
Instructions
3.2.2925
It's only fair to share...