The muffuletta, or muffaletta, is one of the most iconic sandwiches in New Orleans. Developed by Central Grocery in 1906, the muffuletta combines Italian meats and cheeses and an Olive Salad onto a round, dense loaf studded with sesame seeds. It’s pretty much simplicity in action, but simplicity, sometimes, can be difficult to recreate. 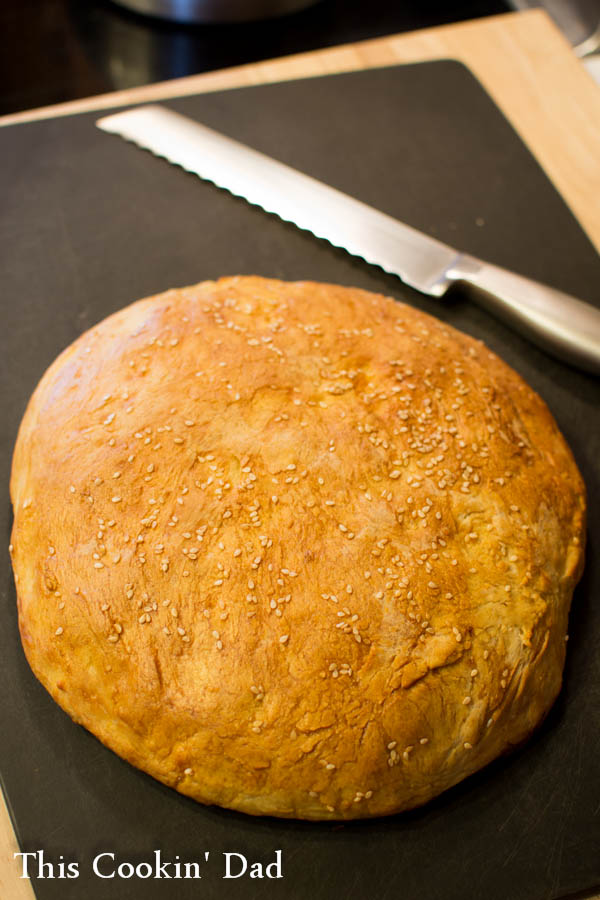 Living in Central Virginia now, it is not easy to find this style of sandwich. Sure, some people attempt to recreate it during the Mardi Gras season, but they use a poor excuse for olive salad and they try to stuff it into a French style roll as each order comes in. The key to a great muffuletta is found in the dense crumb of the bread and in letting the completed, wrapped sandwich sit in the fridge for an hour or two so that the bread can soak up the juices from that olive salad.

Since this is bread month, we are going to tackle the problem of the bread. First, and most importantly, I grab my assistant and we wash our hands. 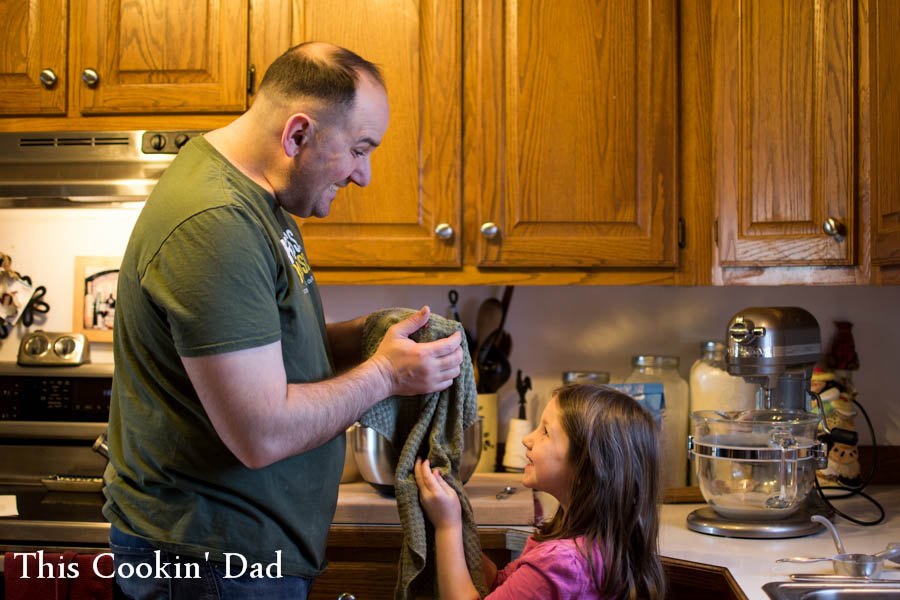 We add warm water to some yeast and sugar and wait for it to bloom (it gets all “puffy”). 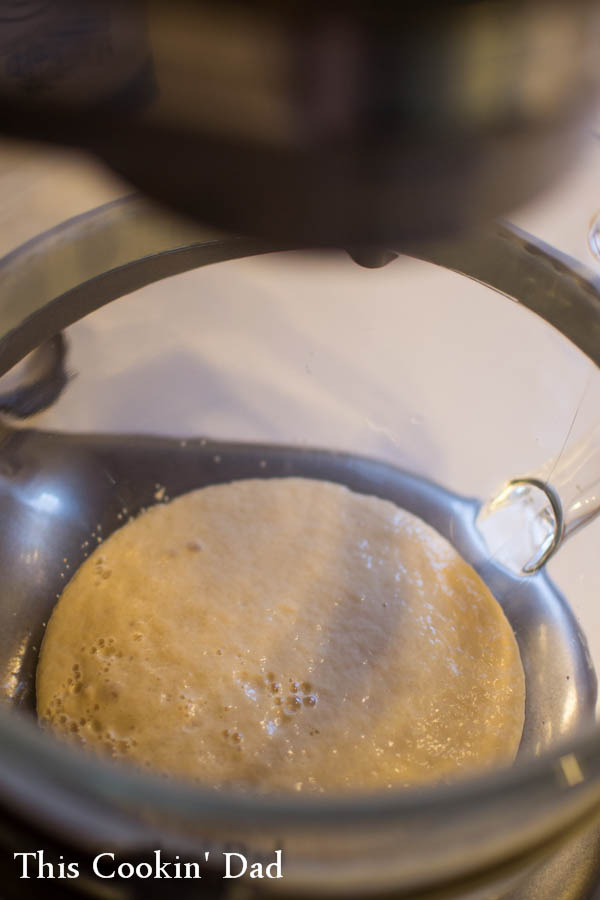 While we are waiting, we prepare our dry ingredients, making sure that the mixture is good and crumbly. 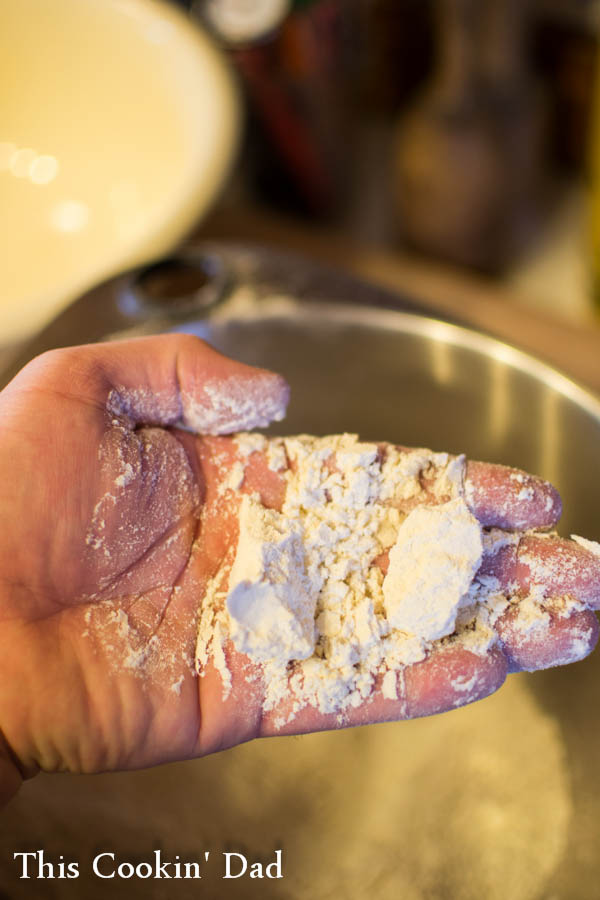 Then we add it to the yeast mixture and let the mixer do the work for us. 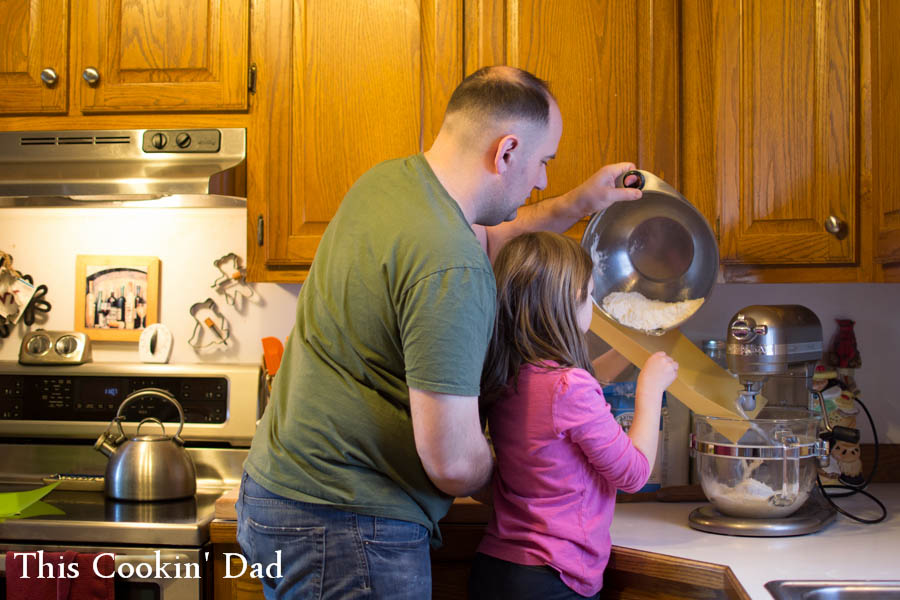 We pull the dough from the mixer, shape it into a ball, oil up our family bread bowl, and turn our dough into it. 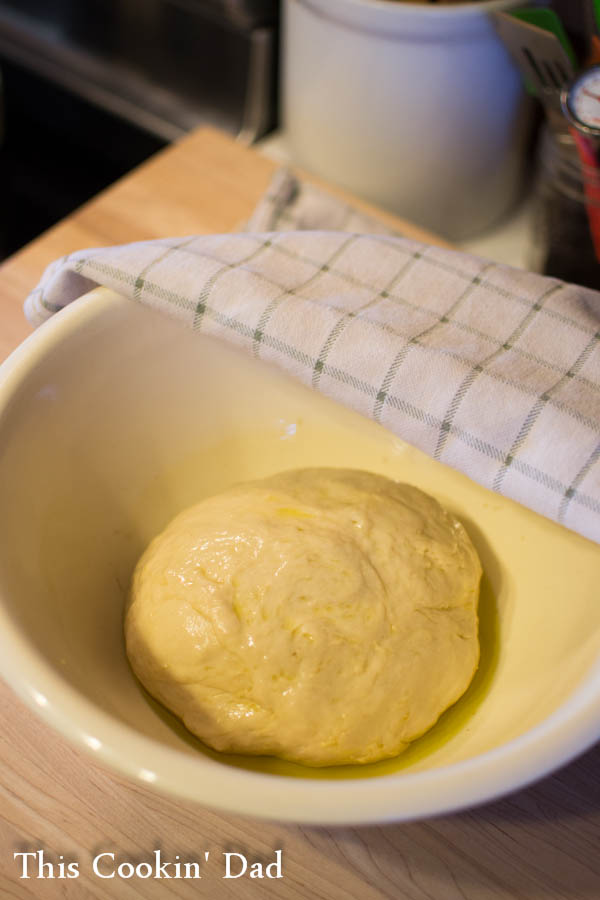 After a few hours, the bread has doubled in size. 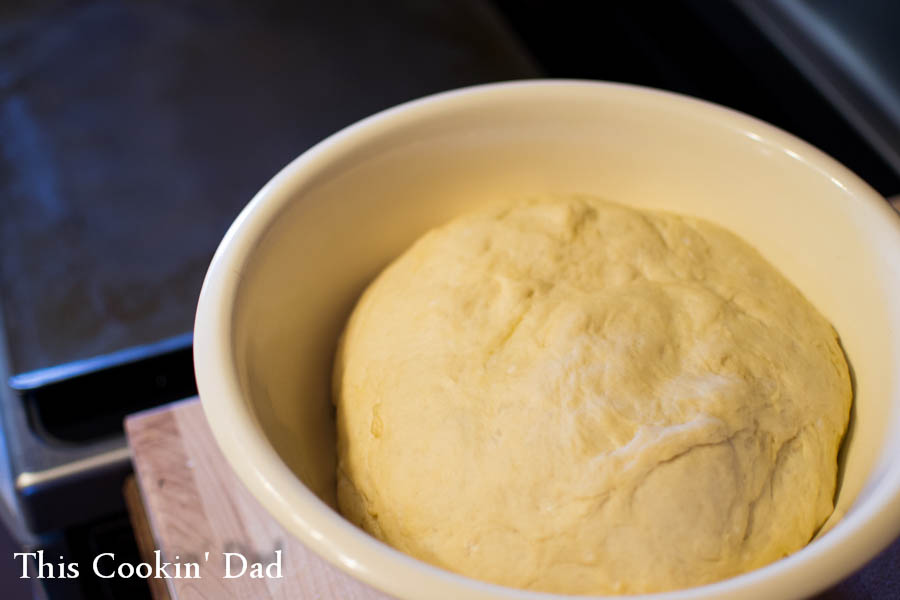 We punch it down, flatten it out and place it on an oiled sheet pan to rise for another hour. 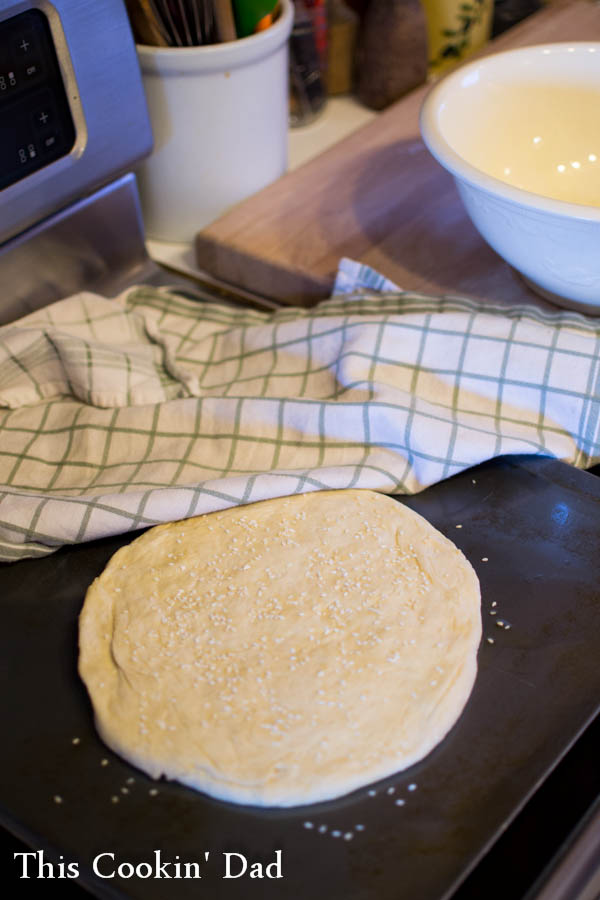 After an egg wash, a trip to the oven, and a cool down, our bread is ready to slice for some yummy sandwiches!

Stay tuned for more on the muffuletta sandwich! 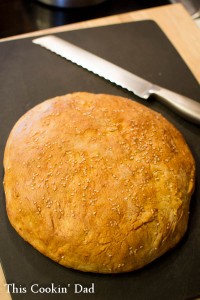